“Jakiyah McKoy, 7, was crowned Little Miss Hispanic Delaware on August 31, but last week had been stripped of her title and crown because pageant officials could not prove her Latina heritage, according to reports from Latino Rebels and Buzzfeed.

According to El Tiempo Hispano, McKoy was born in Brooklyn, NY and her grandmother was born in La Vega, Dominican Republic. However, Latino Rebels spoke to Maria Perez, president of Nuestras Raíces Delaware (the pageant sponsor). She said pageant regulations state participants need to be of 25 percent Latino heritage.  “Her parents were asked to bring in documentation. Of all of the documentation brought in there was nothing that confirmed Dominican heritage,” Perez said.” 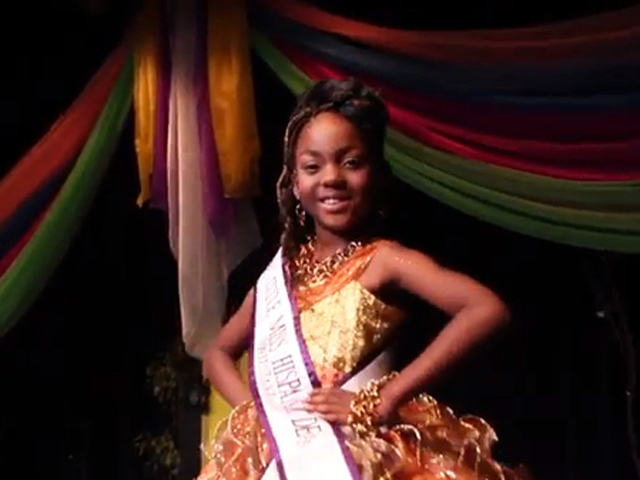 Jakiyah McKay. Click on image to read the article.