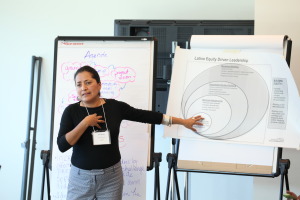 After 20 years of working in the race and equity field, our founder Ana Perez created a space and a curriculum for Latinos to come together to challenge the myth of Latinos as being only “brown” people and to expose the rich racial diversity within the Latino community. Inspired to shift the dynamics of power that have invisibilized large numbers of our population — indigenous and Afro Latinos and other disenfranchised people — LEP began as a conversation with a group of 10 racially diverse Latino leaders throughout California and, after 4 years, the project has trained hundreds of leaders across the state.

Our goal is to nurture a growing Latino community that embraces deeply held multiracial, multicultural and equity values to counter, and hopefully change, the possibility of a majority Latino population that continues to replicate inequity at all levels in the US.

Our aspirational goals are these: When more Latino leaders understand the racial diversity of the Latino community and oppression dynamics, they can challenge those dynamics and create healthier work and movement environments, building more equitable organizations and systems that reduce inequitable outcomes for everyone. With this understanding, Latino leaders will play a leadership role to bring in new underrepresented individuals and groups and to create an intentional, more diverse leadership pipeline for justice movements in the U.S.

We’re thankful to CARECEN San Francisco for incubating the Latinx Racial Equity Project as our first fiscal sponsor, and we’re excited for our new fiscal sponsor home under the Movement Strategy Center as we continue to grow.

Our Founder and Project Catalyst 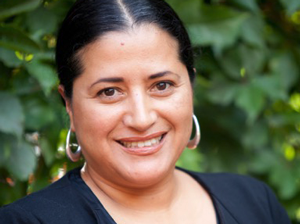 is an independent consultant, working with non-profit organizations, unions, government agencies and foundations to increase their impact on equity and inclusion and organizational effectiveness. Her fields of expertise include racial equity training and coaching, transformational organizational change, leadership development and building collaborations rooted in community empowerment frameworks. Ms. Perez is part of a number national consulting firms and teams including VISIONS Inc., RoadMap, Interaction Institute for Social Change (IISC), InPartnership Consulting, the Move to End Violence (MEV), and the Bold Center (SEIU). Ana is a decolonizing indigenous and queer LatinX, a parent and a writer. Ms. Perez and her family fled the Salvadoran civil war when she was 11. She grew up in the Central American community in Los Angeles, benefitting from the 1986 immigration reform law. She has a B.A. from UCSD and a Masters in Journalism from UCB. She is also a National WKKF Racial Equity and Healing Fellow. 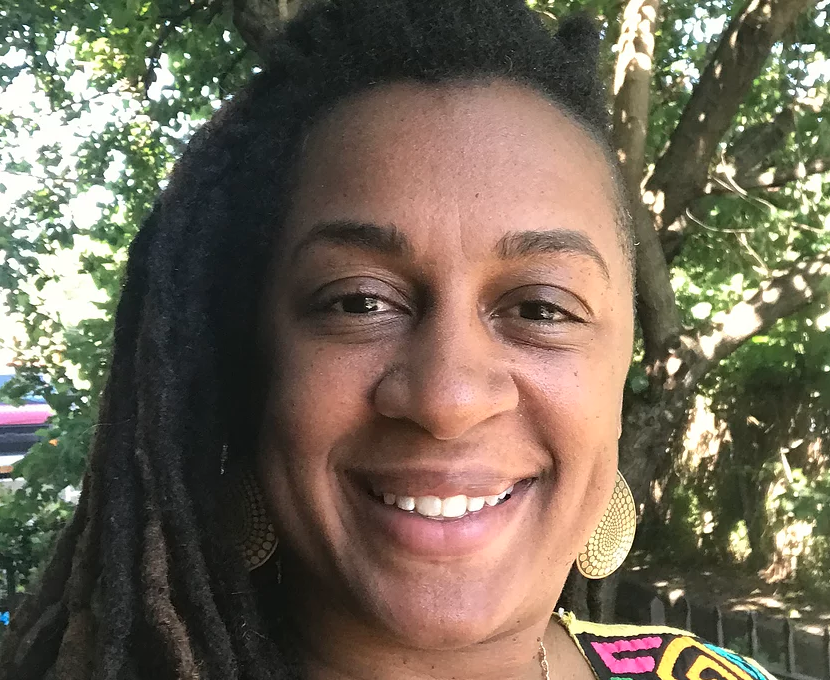 Janvieve Williams Comrie is a human rights strategist, trainer and organizer with a deep commitment to assisting in the building of powerful social movements for racial justice and human rights. She is an expert on race and human rights, and internationally recognized for her work with African Descendent communities. She has worked in a variety of fields and for several human rights institutions, including the Office of the High Commissioner on Human Rights Regional Office Central America, where she coordinated a regional program on race and racism. She has also done groundbreaking human rights work, both with grassroots organizations, NGOs, and with the United Nations, primarily in southern-based United States, Canada, Mexico, Nicaragua, Belize, Panama, Colombia, Venezuela and Brazil to name a few. Presently Janvieve serves social movements as a facilitator, communications consultant and strategic planning consultant. She is a writer for Al Jazeera on issues of human rights, race and immigration. Janvieve is also part of a worker owned food cooperative for mothers, Ginger Moon, has two children, and lives in the Bronx, NY. https://www.janvieve.com/full-bio 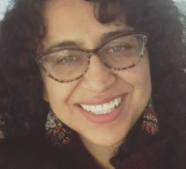 Claudia León is currently the Program Manager and a trainer for LEP. For the last 20 years she has worked in the areas of Social Justice and Community Empowerment for disenfranchised populations through various capacities. She has developed extensive strategies with managing complex projects, specifically in her work with the Chicana/Latina Foundation, by developing empowerment programs for Latinas in higher education. These experiences have shaped her understanding of how providing culturally competent spaces for shared learning, healing, and empowerment can create a huge impact. She has a degree in Urban Studies Policy and Raza Studies from San Francisco State University. She has a deep passion for continuing and relearning her ancestors indigenous practices impacted through colonization. She is part of a local urban garden collective and other healing circles. Born and raised in the SF Bay Area by parents from Michoacán, Mexico, she currently lives in San Francisco with her son.

Other Contributors and Trainers 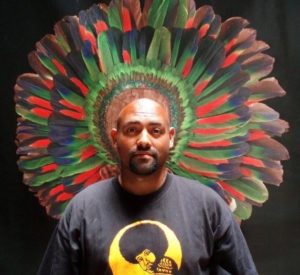 aa Valdivia (pronounced ah-ah) is of mixed heritage ancestry who uses THEY/THEM pronouns. Their father comes from a small village in Zacatecas, Mexico while their mother is from the Caribbean island of Puerto Rico. aa is a Two Spirit, Black, Indigenous, Boricua Xicanx Eco-Feminist, QTPOC! (Queer 2 Spirit Person of Color). They have been engaged in Social Justice work since the mid 1990s. aa is strongly motivated by social justice teaching frameworks where teaching becomes an interactive experience where both student and teacher (and community) are engaged in the process of learning. aa believes, we are all a diversity of knowledge that can come together to benefit all participants. As a queer person of color, with an invisible disability, they have experienced firsthand the oppression, marginalization, and hegemonic practices that exists within a higher education environment. aa is sensitive to issues surrounding identity (race, class, gender, sexuality, ability, etc.) and learning styles (auditory, visual, tactile, kinesthetic, etc.) and believes all people have knowledge to contribute. 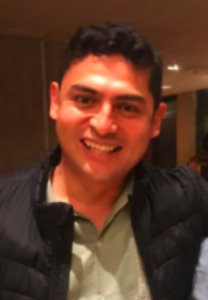 Alberto Perez-Rendon is the Director of Programs at Asociacion Mayab in San Francisco, a non-profit organization serving the Maya and other Indigenous immigrant communities in the Bay Area that he helped found in 2004. He was also previously a Program Manager for the San Francisco Department of Public Health, managing programs serving the homeless and the marginally housed in San Francisco. Alberto attended the Universidad Nacional Autónoma de México where he graduated with a degree in Medicine in 1999. He also has a Master of Public Health from San Francisco State University. He has dedicated the past 15 years to such issues as language access for Indigenous communities, health equity, health promotion, education, and the intersection between culture, the arts and health and healing. 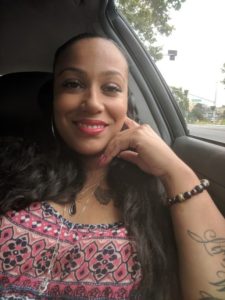 Amaya Noguera-Mujica Amaya Noguera-Mujica is committed to fighting injustice through developing Critical Literacy, Education and Organizing. Amaya Noguera-Mujica works tirelessly to integrate theory into practice. She has led youth programs on cultural awareness and youth advocacy throughout the north west from Seattle, Sacramento, Oakland, San Francisco, LA and Long Beach. From 2009-2012, she worked as the Coordinator for Sacramento Area Youth Speaks, an alternative literacy program based out of UC Davis’s School of Education. Amaya has served as a classroom coach helping educators in Oakland public schools align their craft with principles of inclusion and cultural relevance, as well as served as Lead Community and Engagement Specialist for Year Up Bay Area, working closely with community based organizations to develop strategies and working relationships founded on the ideals of self actualization and community support. Amaya is currently a consultant supporting school mergers, developing culturally liberating anti-racist schools, abolishionist curriculum writing and planning, and coaching.

Amaya supports the Latinx Racial Equity Project as the lead facilitator for the Black Latinx work. She is a strong Black Latinx consultant who brings her intersectionality into her analysis and approaches to everything. A dedicated parent, Amaya has had opportunities to expand on this work in countries all over the Caribbean and Central and South America with individuals and organizations dedicated to dismantling injustice. Amaya Noguera-Mujica received her Bachelors of Arts degree in Educational Theory from New School University in 2007, she has received National acclaim for her efforts as a writer, organizer and her commitment to social change. 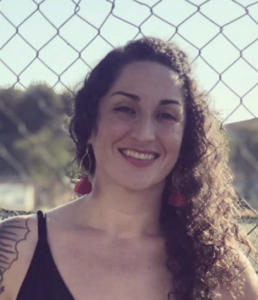 Ariana Gil is an equity and inclusion organizational development consultant, trainer and social justice educator. She brings over a decade of experience in community organizing, curriculum development and project management around issues impacting underserved populations and communities of color to her work as a consultant. She is experienced in non-traditional and shared-leadership organizational structures including staff engagement, supervision and coaching. Originally from Tijuana, Mexico, Ariana has organized around migrant rights, women’s rights, LGBTQ+ rights, youth issues and race equity in the Bay Area since 2008 and has a deep personal commitment to lifting up intersectionality and interconnectedness in building liberatory practices and spaces. 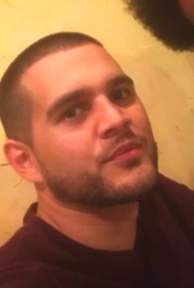 Fernando Enciso-Márquez is a native and lifelong San Franciscan, and grew up in a Colombian household in the Mission and Excelsior neighborhoods. He serves as Assistant Director of Community-Engaged Learning at University of San Francisco, where he also teaches courses on hip hop and social activism in the Sociology Department. He has committed his career to working across communities to shape transformational social change, and he previously worked with the SF Public Defender’s Office and nonprofit partners in the Bayview-Hunters Point neighborhood. He serves on local political and social issue campaigns, and is also a member of the San Francisco Human Rights Commission Equity Advisory Committee. Fernando participated in the Oakland 2015 LEP cohort, and now supports LEP trainings and our social media community. He is currently living, working, and dancing salsa in his motherland of Cali, Colombia as a US State Department Visiting Fulbright Scholar. 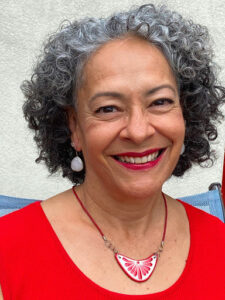 Linda González is a bilingual organizational consultant, coach, and author with many years of experience facilitating and building consensus for groups of diverse participants in the non-profit, social justice, philanthropic, governmental, and educational arenas. Her purpose is to work with multicultural wisdom and inspire people to embark on a creative journey of love and healing for this and future generations. Linda collaboratively designs and facilitates processes that promote racial equity and take into account values and work approaches. She recently published Breaking Through Your Own Glass Ceiling, a book that offers simple, proven prosperity practices to address power dynamics faced by BIPOC (Black, Indigenous, and People of Color) and other underrepresented, resilient communities. Linda received a MSW from the University of Southern California. She received a BA from Stanford University. She also has an MFA in Creative Writing from Goddard College. Born and raised in Los Angeles by parents from México and Colombia, she has called the Bay Area home for 25+ years. 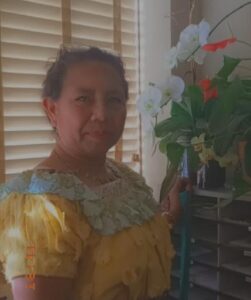 Register for an Upcoming Training