An Everyday Practice of Decolonization

“We really wanted to look at how anti-Blackness and Native erasure is impacting the ways that Latinx people see each other.” 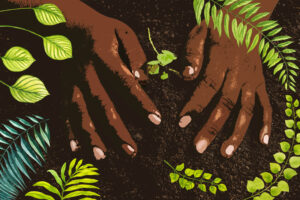 As we close out April having seen some justice for George Floyd and his family, and still knowing there is so much more healing needed in all communities, we wanted to share our amazing founder Ana Perez’s interview as told in Borealis’ Storyteller series. We hope you will find her words insightful, inspirational and as courageous as we do in shaping the intentional conversations we should all be having with ourselves and our families. Read the full interview here.

An Averyday Practice of Decolonization:

Lessons from a Racial Equity Practitioner 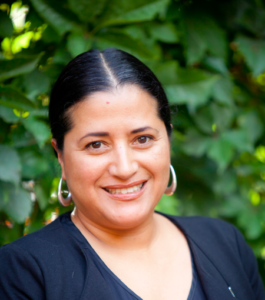 BOREALIS: In July, you published this incredible piece that originally appeared in Yes! Magazine, “As Non-Black POC, We Need to Address Anti-Blackness.” You open the piece by sharing a very personal experience you had with confronting anti-Blackness within yourself. What led you to write this piece?

ANA: It’s impossible for any of us to exist outside the framework and the structure of white supremacy, so I, a Native, queer, and cis gender person, enact white supremacy because that’s all that I’ve always been trained in. For me, writing that article was my way of calling in other people of color into this difficult conversation because I often feel like we get lumped into one big group and we don’t understand the particularities of each of our own experiences and how that informs the way that racism was enacted on us and how we replicate oppression. For me it was really important to say, what are the particular ways that Black people have been impacted by racism in this country? And what are the ways that I—out of my awareness—continue to replicate those behaviors that are not supporting true allyship and true solidarity across our communities? That was the impetus for writing the article I wrote.

I often say, if we could think our way out of racism or anti-Blackness, we would have done it already. There is plenty of evidence of the impact of race in our country and plenty of models and recipes to build equity. Yet the will needed to sustain the work to build equity is not there. To end racism we must shift our hearts. My work leads with my heart. I aim to model courageous vulnerability, which I believe is the most important skill and tool needed not just to end racism but to build bridges across our differences to build the world we need. It is a practice. Courageous vulnerability is done in the context of relationships – first to myself and then others. It is something I choose to practice to further the whole and to care for the sacred thread that bonds us all together.

BOREALIS: What is the work for POC in dismantling white supremacy/anti-blackness?

ANA: I think that one of the biggest contributions that non-Black POC people can bring is understanding our own cultural rootedness and what we can offer from our cultural perspectives to enrich the whole versus buying into whiteness and dominant culture. The reason why I do a lot of work with my community as Latinx people is because white folks are counting on us being the next white group that will augment their numbers. And so, I sit up at night literally worrying about the future. Is the future of our country going to be a Ted Cruz future or and an AOC future? We, non-Black POC, have to make a choice. Will we bring our cultural strengths, resiliency, and values or will we be seduced to assimilate into whiteness?

BOREALIS: Please briefly describe your work leading the Decolonizing Race project. What are 1-2 key lessons you’ve gained from this work?

ANA: Decolonizing Race was born out of our work with Latino Racial Equity Project. [With the] Latino Racial Equity Project, we really wanted to look at how anti-Blackness and Native erasure is impacting the ways that Latinx people see each other. One of the biggest impacts of colonization is that Latinx people think of themselves as Latino but not Native. Yet most of us are at least 50% Native, many of us grew up in what has survived of our indigenous cultures and languages, yet we don’t see or value our own indigeneity. British and Spanish colonization played out differently. Caste to the Spanish matter greatly. Native erasure was carried out not just through genocide but ideology. If you ask most Latinx folks their race, they are likely to tell you their country of birth, and if you push they will say they are mestizo (mixed race). And more enslaved Africans were brought to Latin America and the Caribbean than the US. Now fast forward, you get 60 million Latinx people in the US who are racially diverse—they’re Black, they’re Native, they’re mixed race, they’re Asian, they’re Arab. And Latinx people are replicating anti-Blackness, pushing Black Latinx people out of the community because they don’t see them as Latinx.

Aspiring to whiteness is the norm in large parts of our community and to challenge this, I created the Latino Racial Equity Project. As I was telling people, ‘we’re doing this work to decolonize Latinx people,’ non-Latinx Black folks were like, ‘wait, we want to have those conversations’ and Asian people were like, ‘wait we want to have [those conversations too].’ And so out of that came my desire to support other communities to have a space to understand how colonization has impacted them and the challenges they face but also to build on the resiliency and cultural strengths that has kept us alive to dream up a future free from oppression.

Support the Caravan for the Children

Sign our petition below and join the community that is standing up for the rights of migrant children and their families: